Ganymede is the largest moon, and one of the four Galilean moons of the planet Jupiter. Ganymede is larger than the planets Mercury and Pluto, and 2/3 the size of Mars. It would be considered a planet if it were orbiting the Sun instead of Jupiter.

Ganymede is the only mooon in the solar system to possess a magnetic field, has a tenuous oxygen atmosphere, and is believed to have 6 times the water on Earth in the form of several subsurface saltwater oceans sandwiched between layers of ice.

Ganymede, along with Callisto, Europa, and Io, (the Galilean moons) were discovered by the Italian astronomer Galileo Galilei in 1610. 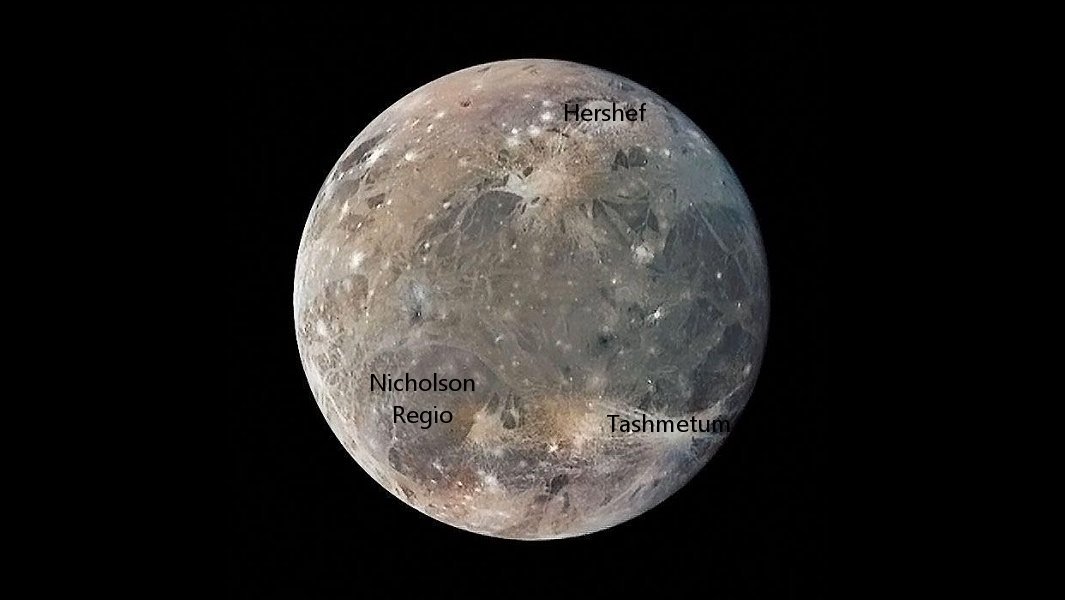 At magnitude 4.6, Ganymede can be seen with the unaided eye under good seeing conditions, or using any binoculars or telescope.