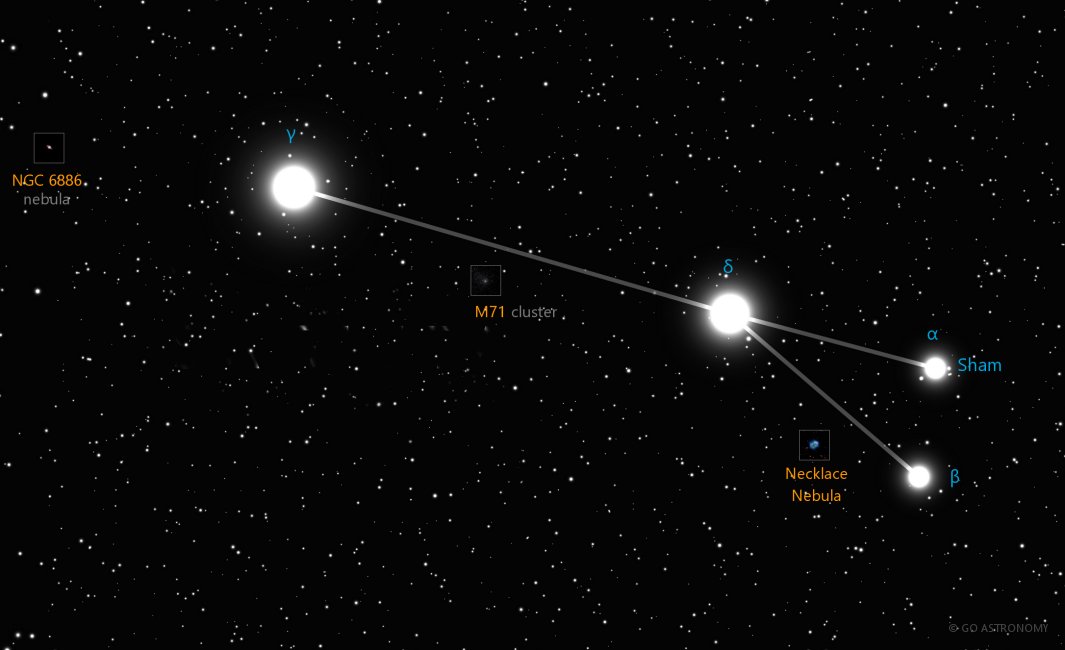 
The constellation of Sagitta, the Arrow, is best viewed in Fall during the month of September. It's brightest star is Gamma Sagittae at magnitude 3.51. The boundary of the Sagitta constellation contains 2 stars that host known exoplanets.

The most notable, famous, and easy-to-find star clusters in the constellation Sagitta :

These are the most well-known neutron stars in the constellation Sagitta. Although neutron stars cannot be seen in any amateur telescope, they are at the center of many supernova remnant nebulae, which can be seen.

These are the most notable named exoplanet systems known in the constellation Sagitta. Bear in mind that we will likely discover billions of exoplanets in the years to come.