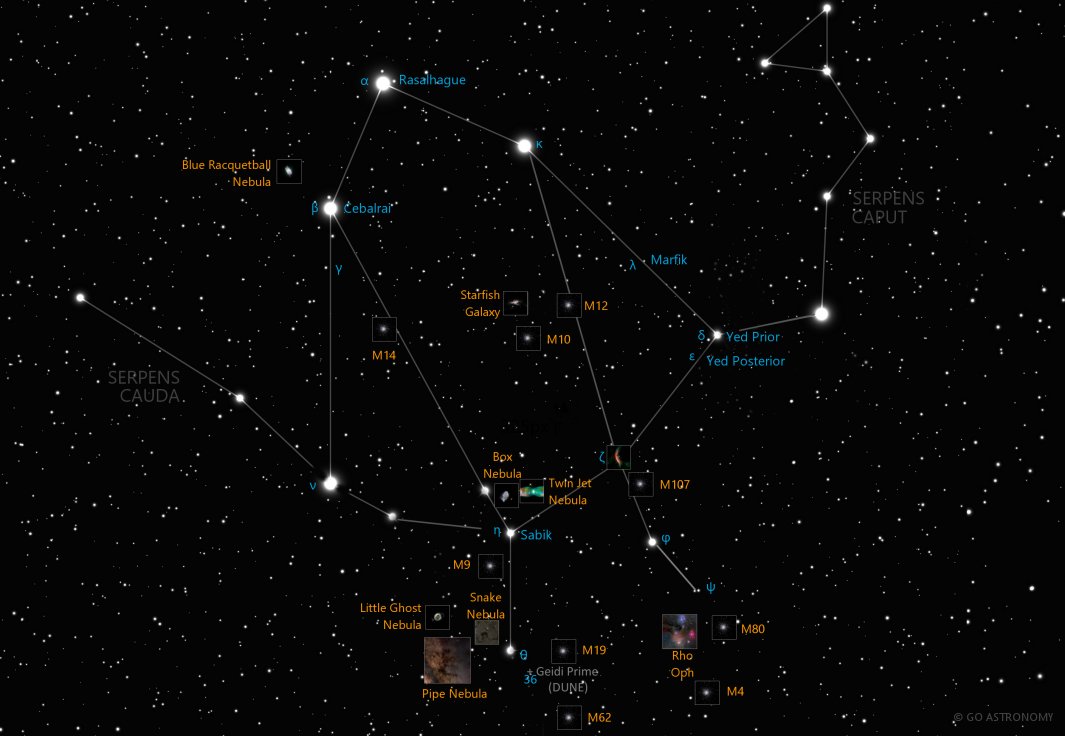 
The constellation of Ophiuchus, the Serpent Bearer, is best viewed in Summer during the month of July. It's brightest star is Rasalhague at magnitude 2.08. The boundary of the Ophiuchus constellation contains 19 stars that host known exoplanets.

Barnard's Star is the 2nd closest star to Earth at 5.96 light years.