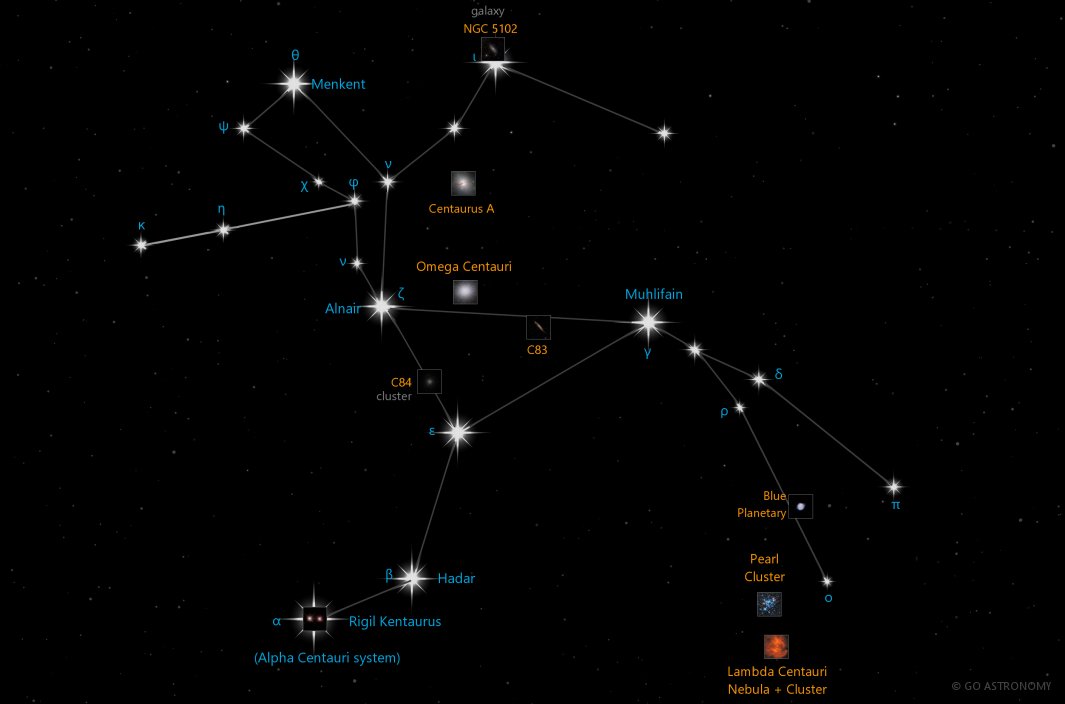 
The constellation of Centaurus, the Centaur, is best viewed in Spring during the month of May. It's brightest star is Alpha Centauri at magnitude -0.27. The boundary of the Centaurus constellation contains 28 stars that host known exoplanets.

Red supergiant V766 Centauri is the 9th largest known star in the universe at 1,300 times the size of the Sun.