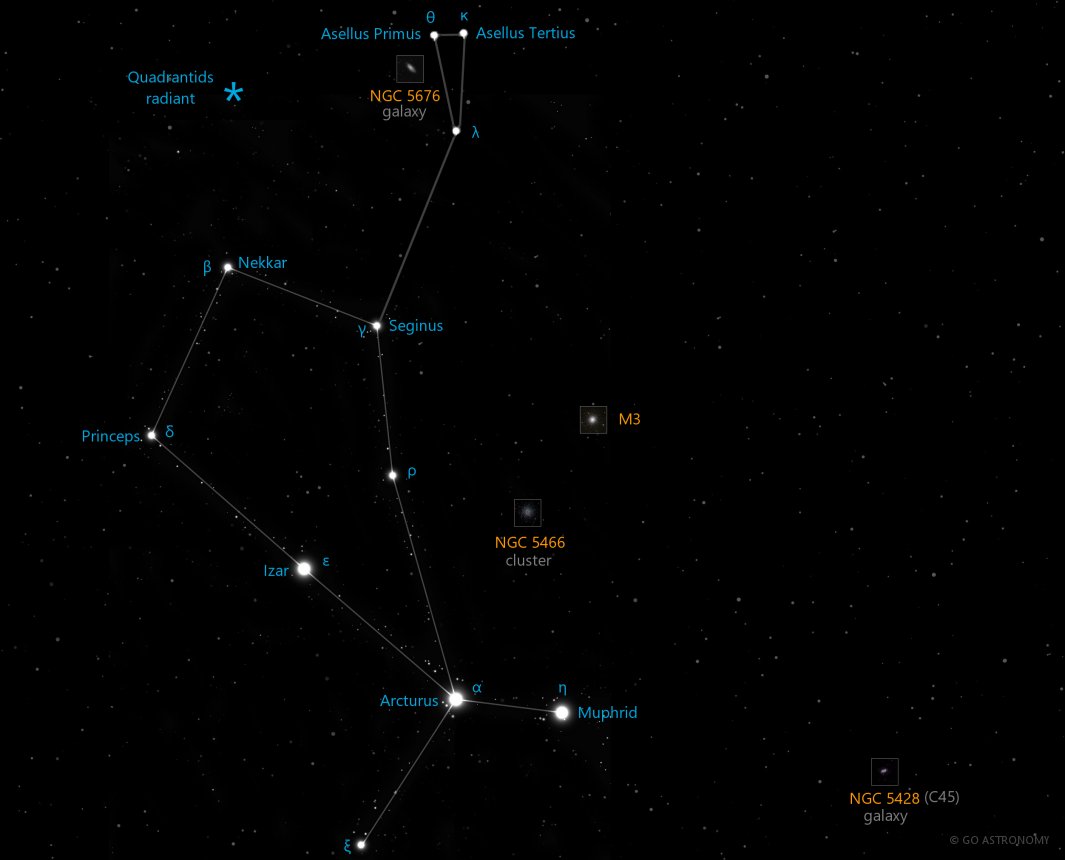 
The constellation of Bootes, the Herdsman, is best viewed in Summer during the month of June. It's brightest star is Arcturus at magnitude -0.04. The boundary of the Bootes constellation contains 14 stars that host known exoplanets.